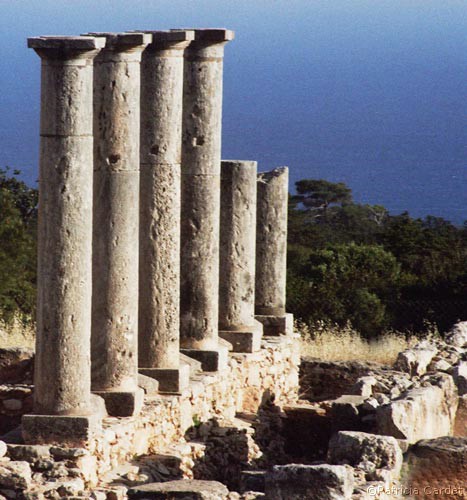 Kevork K. Keshishian in his highly instructive Comprehensive Guide for Tourists and Travellers, which was first published in 1946, tells us:

The island is situated in the north-eastern corner of the Mediterranean sea, it is the third largest island in this sea, smaller than Sicily and Sardinia but larger than Corsica or Crete ...

...There are two mountain ranges, extending in parallel lines from West to East, and separated by a wide and fertile plain - the Messaoria. The northern range is called the Kyrennia mountains and the southern the Troodos mountains. The highest peak is Chionistra or Olympus which is 6402 feet (1952 meters) above sea-level. The most beautiful and forested section of the mountain ranges is the region about the Kykko Monastery. There are no rivers with perennial flow....

But isn't it better to let the poets and novelists speak about that marvelous island?

« The beauty of Cyprus is a perfect blend of mountain and plain, and of hills that slope to deserted bays half screened by olive trees.
If I were obliged to spend the rest of my life out of England, I sometimes think I should like to live on the magic isle of Delos in the Aegan. But this is an idle thought, for no one except the guardian of the ruins is allowed to live there. My second choice would be Cyprus. » 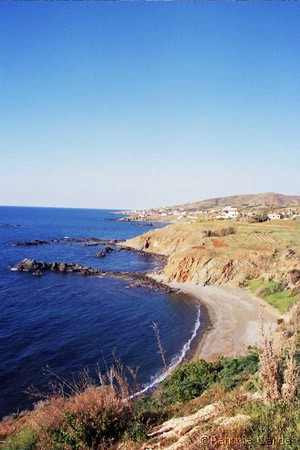